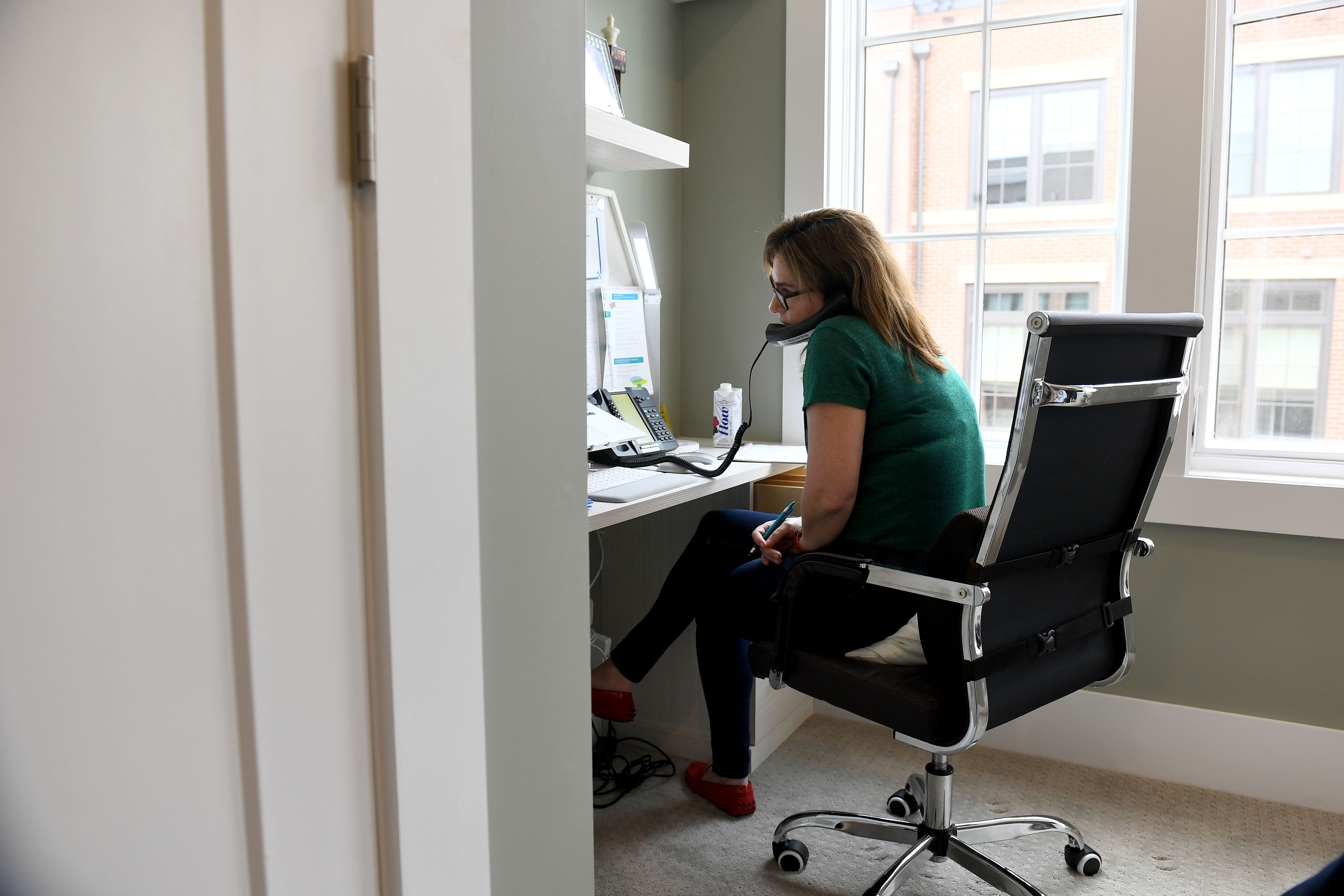 Suicide rates in the U.S. have been climbing. It is now the 10th leading cause of death. One effort to make it easier for people to get help will soon be a reality. President Trump has signed into law the National Suicide Hotline Designation Act, a bipartisan bill to create a three-digit number for mental health emergencies. The national suicide hotline designation act will help ensure states have the flexibility to strengthen local crisis call centers and save lives.

Instead of the current 10-digit suicide hotline, the phone number will be 988. The Federal Communications Commission had already picked 988 as the number for this hotline and aims to have it up and running by July 2022. The new law paves the way to make that a reality.

The bill is the culmination of one of the final legislative priorities of former Sen. Orrin G. Hatch. The Utah Republican pushed for a federal communications commission study released earlier this year that identified the three-digit number to access the hotline, similar to 911 to report emergencies.

Fcc chairman Ajit Pai and advocates believe the three-digit number will save more lives, saying that it has the echoes of 911. "My hope is that by establishing a government-backed 988 suicide and mental health three-digit dialing code, on par with the 911 dialing code all americans know for emergencies, we will send a powerful signal that there is nothing shameful about seeking help in times of crisis. That it's a sign of strength, not one of weakness. We will let people know that they are not alone."

The new number is meant to be easier to remember than the current number for the national suicide prevention lifeline, 800-273-8255. The ultimate hope is that it will become widely known as the number people should call if they're experiencing a mental health crisis, just as 911 is known as the number to call in an emergency —and ultimately aims to help save lives by making it easier for individuals to remember how to access mental health support they need.

Until this goes into effect, please continue to share 1-800-273-talk (8255) with anyone seeking help. 988 is not currently active nationally and may not connect callers to the lifeline.

The national suicide prevention lifeline is a national network of more than 150 local crisis centers. It offers free and confidential emotional support around the clock to those experiencing a suicidal crisis. The center answered more than 2. 2 million calls and 100,000 online chats in 2018. 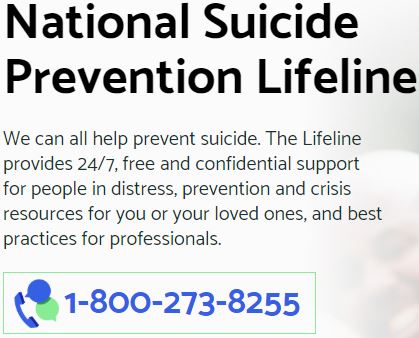 But despite the increase in mental health awareness and support campaigns for both serving soldiers and veterans over the past two decades, concerns over deaths continue. Despite the number of government support programs on mental healthcare for veterans, military charities argue that this is not enough – particularly as focused statistical recording and analysis of veteran suicide cases only began in earnest after 2001.

Active-duty suicides reached a record high in 2018 of 325. In 2016, the last date for which data is available, the suicide rate among veterans was about 30. 5 per 100,000 or about 20 veterans per day. According to the centers for disease control, the warning signs of suicide can include: talking about wanting to die.

While traumatic events of the past cannot be undone, there are multiple ways that veterans can get help for their service-related suicidal thoughts. Seeking assistance is an important first step in recovery and treatment. The national suicide prevention lifeline is available 24 hours a day at 1-800-273-talk. Veterans can also visit the veterans crisis line online or text them at 838255.

There are ways to recognize whether someone is considering a suicide attempt. Watch for these key suicide warning signs, and provide the lifeline number to anyone exhibiting them. Here are some of the warning signs: 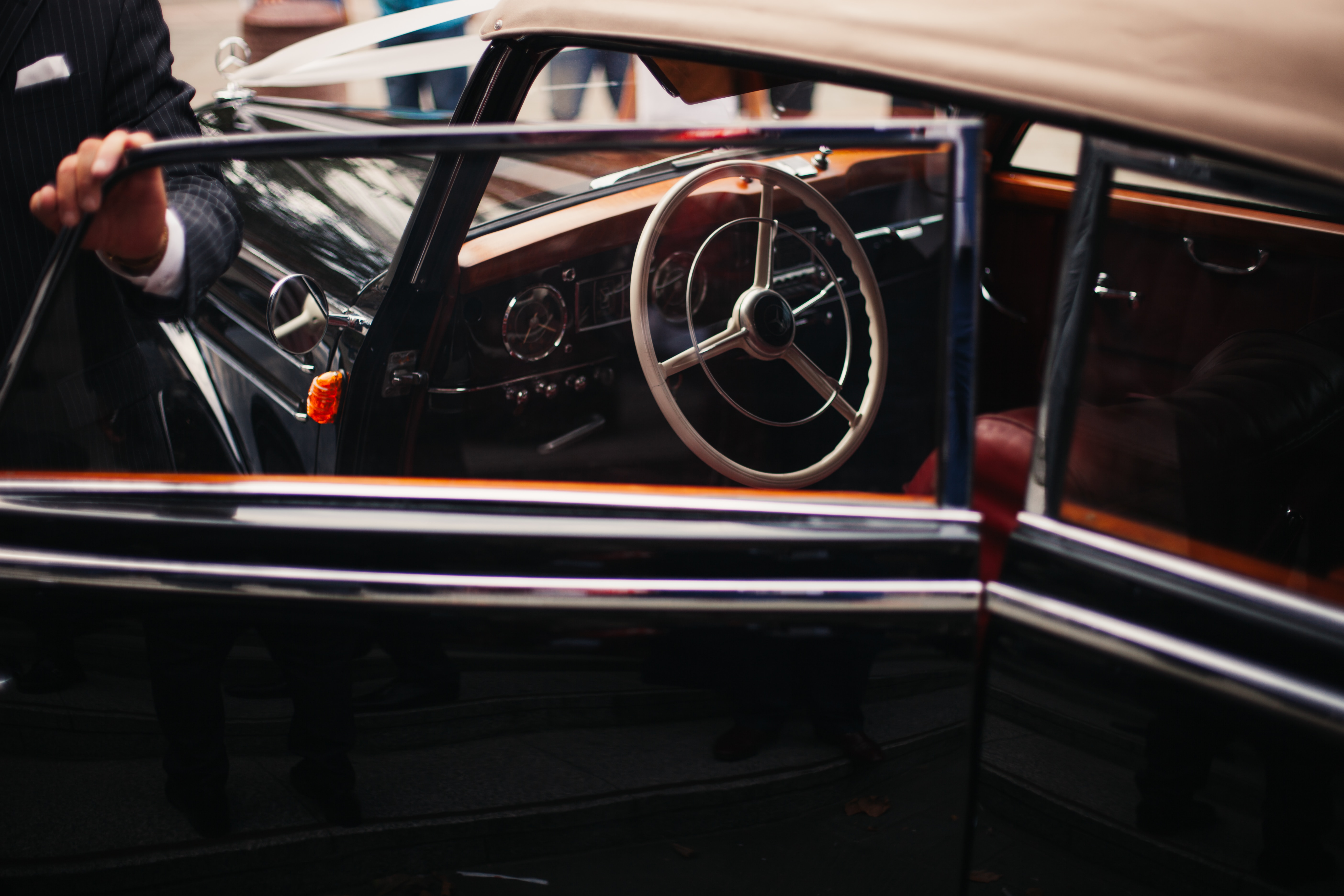 Take any suicidal talk or behavior seriously. It’s not just a warning sign that the person is thinking about suicide—it’s a cry for help. Most suicidal individuals give warning signs or signals of their intentions. The best way to prevent suicide is to recognize these warning signs and know how to respond if you spot them. If you believe that a friend or family member is suicidal, you can play a role in suicide prevention by pointing out the alternatives, showing that you care, and getting a doctor or psychologist involved.

There are many resources available to teens who are thinking about suicide. Close friends, family members, teachers, coaches, and other members of the community can provide comfort and moral support.

If you're feeling suicidal or know someone who is, don't be afraid to approach these people to express your feelings. They can help save your life -- or the life of your friend or family member. Religious groups and community organizations are also a valuable resource.

In addition, there are many suicide hotlines that provide anonymous assistance. One of them is the national suicide prevention lifeline at 1-800-273-talk (8255) or contact the crisis text line by texting talk to 741741.

Typical Suicide Victims and What To Do

There is no typical suicide victim – it happens to young and old, sick and well, rich and poor. Fortunately, there are some common warning signs which, when acted upon, can save lives. Pay attention to the warning signs mentioned above, and be aware of the three types of warning signs in suicide: psychological, behavioral and situational.

Although the underlying causes to suicidal thoughts and attempts of a person can seem overwhelming, there are several ways that you can help with prevention efforts.

Suicide is preventable. If you are having thoughts of suicide, tell someone and seek mental health support. Reach out to someone you trust. Talk to a friend, family member or counselor. Tell them how you are feeling. The first step to getting help is to let someone know how you are struggling.